We ship to all 48 contiguous states - Shop Now! 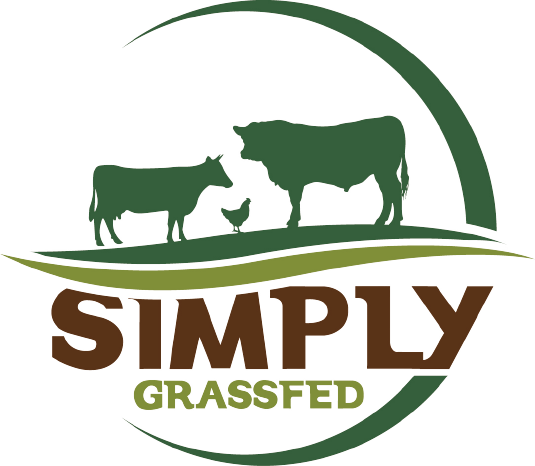 Do you know the difference between cheese made the traditional European way, with raw milk, and cheese made with pasteurized milk?

The making of cheese began thousands of years ago. Like so many things surrounding the real foods we have come to enjoy, like bacons and hams for example, making cheese began from a need to preserve fresh milk in a form that could be kept without refrigeration and eaten later. As time went by, cheese makers learned ways to vary the tastes of finished cheeses. Certain regions of the world have become known for certain types of cheese, like gouda from Holland, gruyere from Switzerland, Emmental from the Emmental region, to name a few.

The cheeses of Simply Grassfed are made in the European tradition, with raw organic milk. Interestingly, hard cheeses made in this way contain enzymes and microbes that interact with each other to cleanse them of any potentially harmful bacteria, as they age. Food safety experts agree that hard cheeses aged for 60 days or more, made with raw milk, are safe to eat. Raw milk cheeses tend to have more personality, a more robust flavor, than cheeses made with pasteurized milk. The cheeses of Simply Grassfed are made with A2 Jersey milk from cows only ever fed grass, no corn, no soy, no antibiotics, no added hormones, no grains from genetically modified Round-Up Ready crops. This is important.

Raw milk cheeses maintain, to a greater extent, the good characteristics of milk as it comes from the cow. These include myriads of the naturally present microbes in raw milk which aid in human digestion. The cheese makers of Simply Grassfed are artists making artisanal cheeses, harkening back to their forefathers and mothers in the old country. They start with the best A2 organic milk from their high milk-fat producing 100% grass-fed Jersey breed of cows. Then they add ingredients only they are familiar with that work the magic they need to make the great tasting cheeses you love, and then they place it in the proper places to age it to perfection so that like all the other foods from Simply Grassfed, taste and nutrition jostle for first place in importance, a position they must needs share.

AREN’T ALL CATTLE GRASS-FED? YES AND NO.

Mama cows with their babies often live in grass environments but many of them are fed supplemental grain. And most beef landing on dinner plates comes from cattle kept in huge confinement systems and fed only grain while they live in dust and dirt. The catch words that define beef from Simply Grassfed are grass finished.

WHAT’S SO GREAT ABOUT GRASS?

It is the original, most natural, most organic source of bovine nourishment that has ever been known. The cow’s (all ruminants) digestive system is different from others. There are four “stomachs”. The first one is where the grass goes to begin to ferment after it is initially ingested. Given her own choices, a cow will spend about one third of her time eating grass, one third of her time “chewing her cud”, and one third of her time just being idle. A cow chewing her cud is a picture of contentment. The cud is the grass that she has swallowed earlier and then brought back up to chew on, only to swallow it again into another stomach, so that by the time it has passed through all four stomachs it is fully digested and all of its nutrients have been fully utilized.

Anyone who cares about the welfare of cattle will care about how they are kept. The outdoors with abundant sunshine, shade on hot days, rain to make the grass grow and to clean the cows, and grass to eat and lounge in are a lovely environment for cattle. And when the farmer manages his cows and pastures correctly, the earth beneath the grass benefits so that it provides healthier food for cows, the grass grows more healthy, the cows who eat it are healthy and happy, and beef from healthy and happy cattle leads to healthy and happy people.

Grass finished is a designation for cattle that eat only grass their entire lives; an important distinction. The benefits to humans whose diets include grass fed/finished beef are as follows:

Contrary to conventional wisdom with regard to grass vs. grain finished beef, the pleasant taste and texture of grass-fed rivals or exceeds that of grain fed, especially when it is dry aged as is the case with the beef from Simply Grassfed.

Our pigs are raised indoors with free access to outdoors. They have plenty of room to run around, explore, make mud puddles, and root for anything they can dig up with their snouts.

﻿﻿﻿﻿﻿Free roaming pigs are the happiest and healthiest pigs. And, they also produce the most nutritious pork possible.

All of our pork is free of antibiotics, hormones, and GMOs.

We have two options for pork. They are are fed different diets.

We buy live pigs from Miller’s Organic Farm and process them ourselves. They are fed organic oats, soaked in raw skim milk and whey from our cheese making, with the addition of a little heirloom corn. They’re also fed lots of table scraps from farmer Amos’ meals.

These pigs are pasture raised at Burkes Garden Farm. In addition to what they root for, they are fed a GMO-free feed that contains corn, soybeans, small grains, and minerals. This pork is washed in certified-for-organic non-GMO citric and lactic acids.